The ‘Bold and Beautiful’ star revealed she was off on a 40-mile horseback ride in Malibu on Saturday when she got off her horse, tripped over a rock and twisted her ankle.

“At about 16 miles I got off my horse down a steep, very rocky trail to give it a break,” she wrote in a lengthy Instagram caption alongside photos and videos of the adventure. “At the bottom of the trail I tripped over a rock and my left foot took the pounding. My ankle and foot dislocated to the left at a 90 degree angle to my leg.

“I put it back in place. It was so disgusting but I had to do it.

With the help of her friends and a passing driver who called 911, Lang, 60, was taken to hospital and told she had broken three bones in her ankle.

The actress showed off her broken ankle in a series of snaps on Instagram. 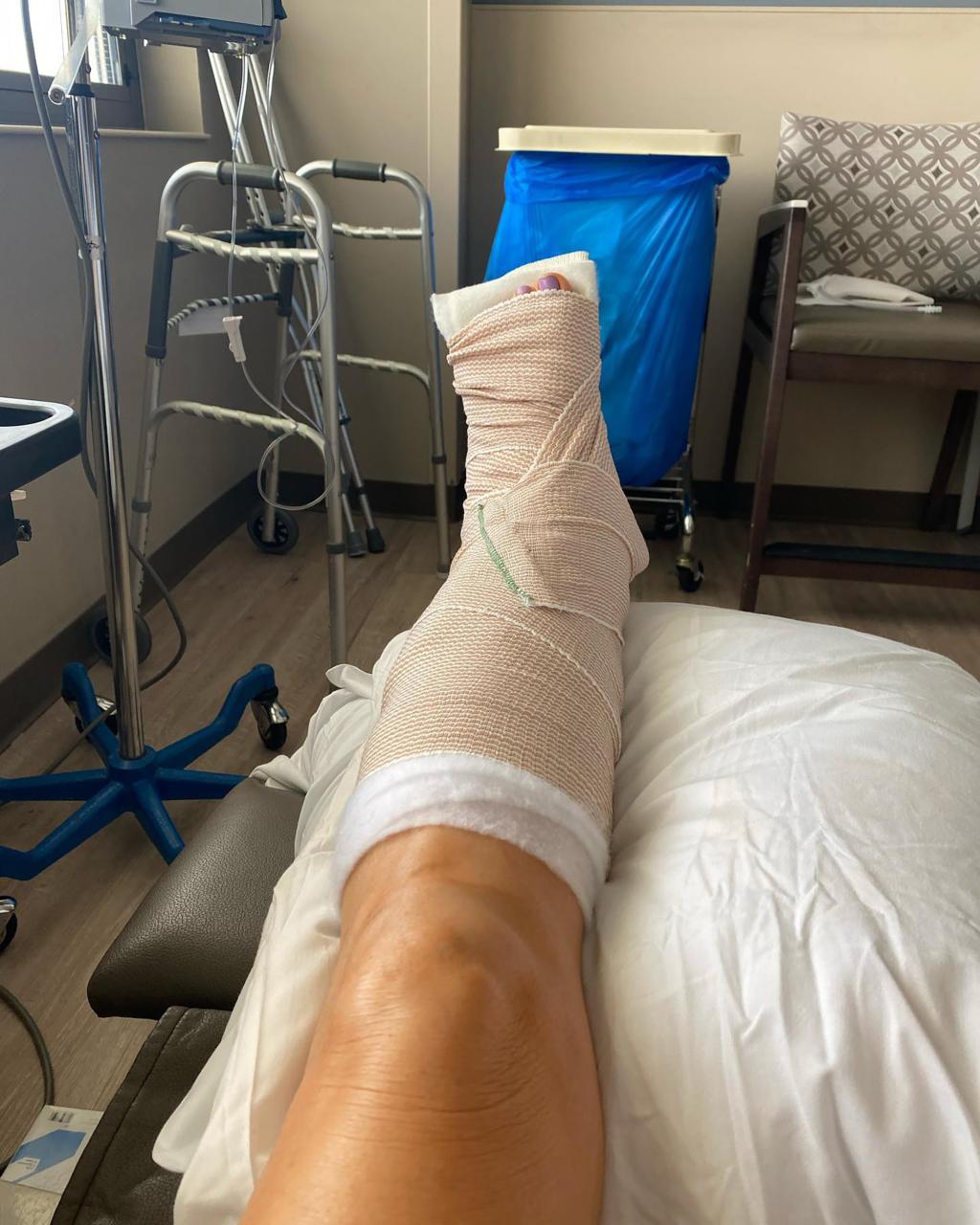 The actress showed off her broken ankle in a series of snaps on Instagram.

Fred Savage could find himself at the center of a…

“I had surgery late at night and now have rods, pins and screws in my ankle,” she wrote. “No weight on my foot for 6 weeks.”

The actress, who debuted as Brooke Logan on the long-running soap opera in 1987, was optimistic she would be back on the job soon.

“I will still go to work later this week and try to heal quickly so I can do all the things I love to do,” the mother-of-three said. “I’m still in the hospital today trying to put a smile on my face. I’m not a happy camper when things slow me down like this.

“And there is always a lesson to learn. I don’t know what this lesson is yet, but I’ll have time to think🤷‍♀️ #staypositive”